As part of NI Science Festival, members of the Wellcome Wolfson Institute for Experimental Medicine at Queen’s University Belfast hosted an open day. Research groups had interactive displays and information stands about their work. There were hands-on experiments, demonstrations, arts and crafts, debates, quizzes and talks.  Over 250 people attended the day, about half of whom were primary school-aged children.

Members of the Breathing Together project (Lindsay & Ultan), along with other lab members, devised several games including ‘Catch the Sneeze’ and ‘Virus match-up’. OKIDO provided magazines, soft books and supplies for make-and-do activities, such as making inflatable paper bag lungs. Ultan also gave a talk on vaccines.

Feedback for the event was overwhelmingly positive with attendees mentioning our stand as a highlight of the day. 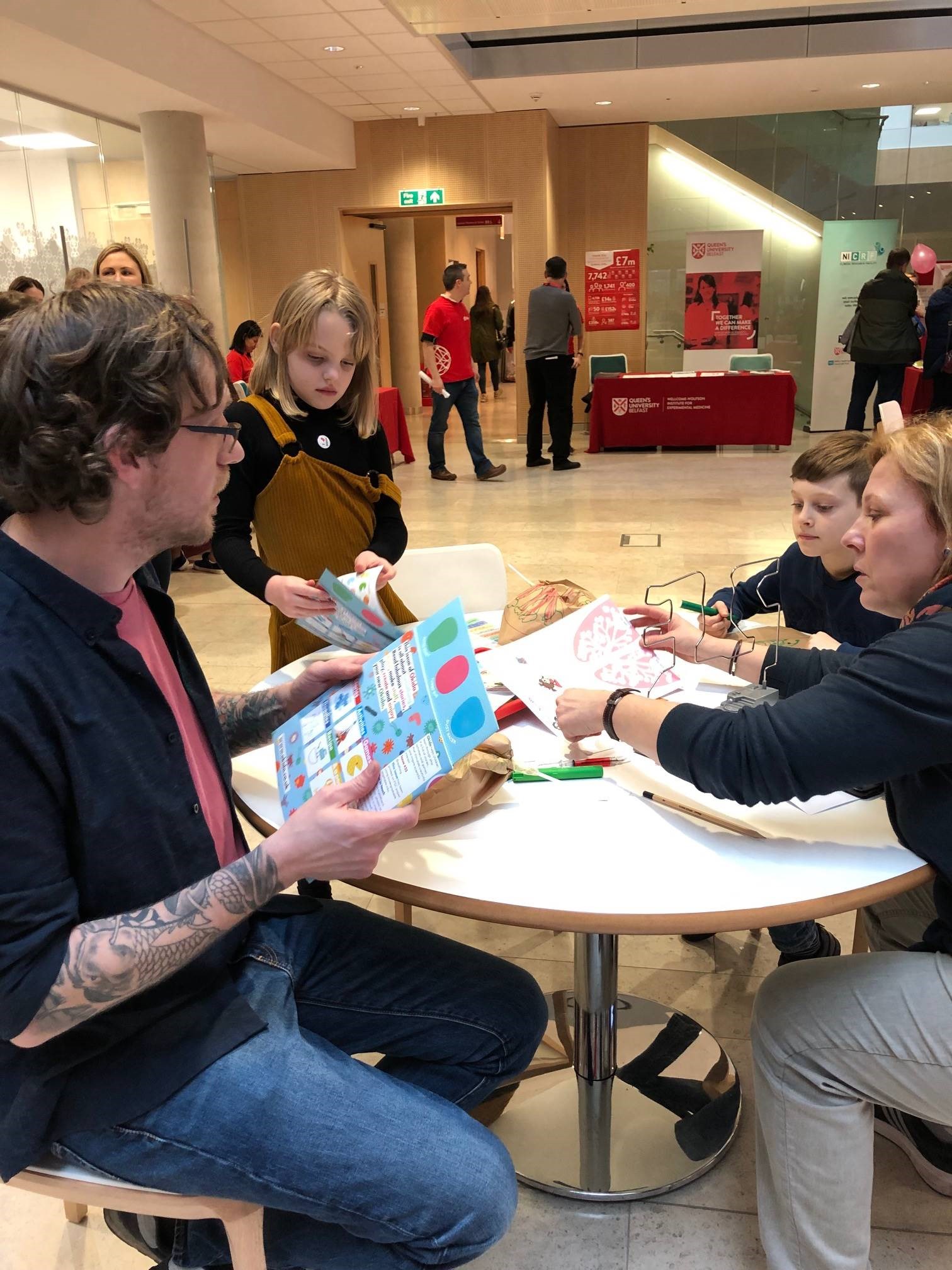 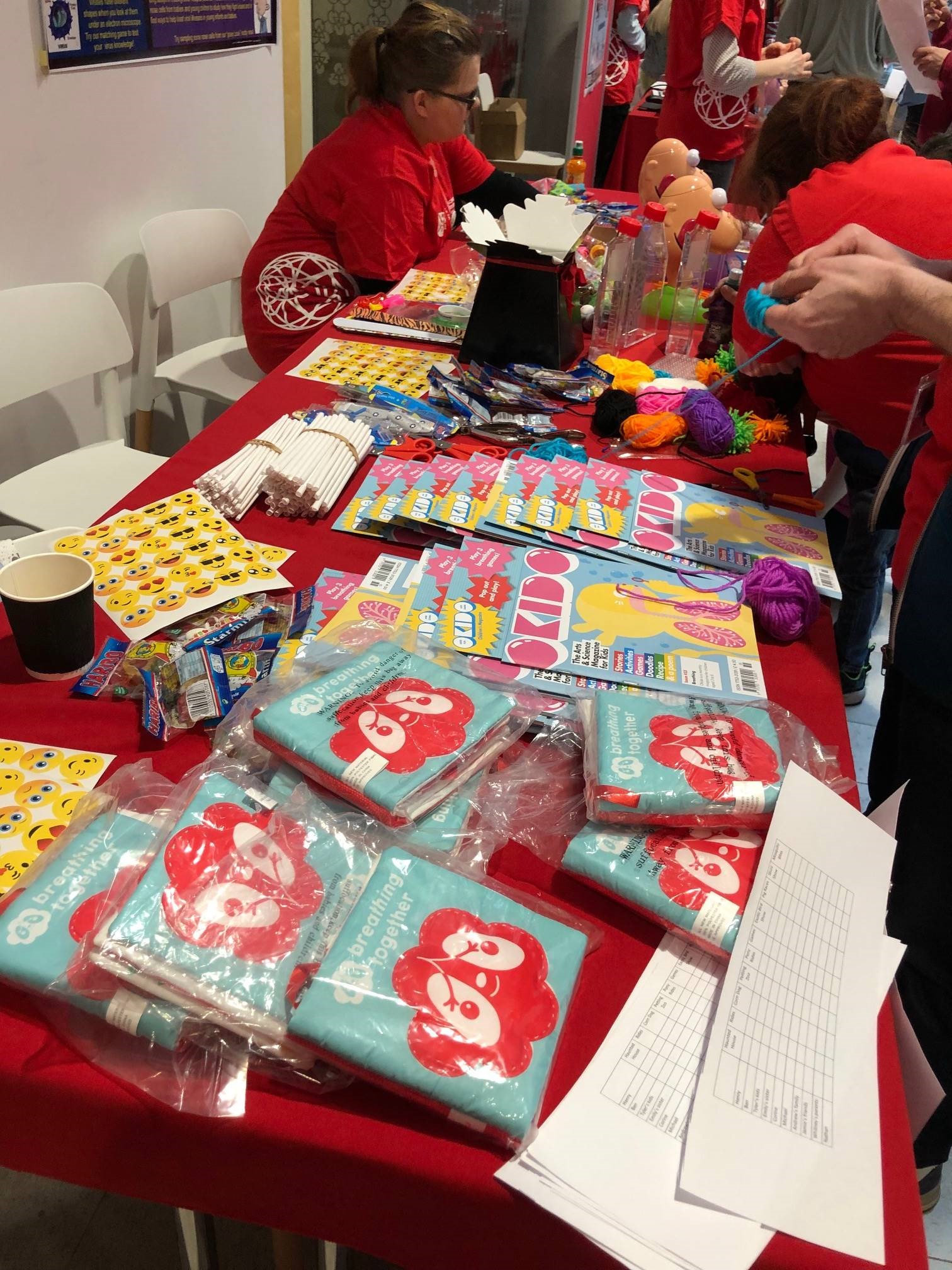 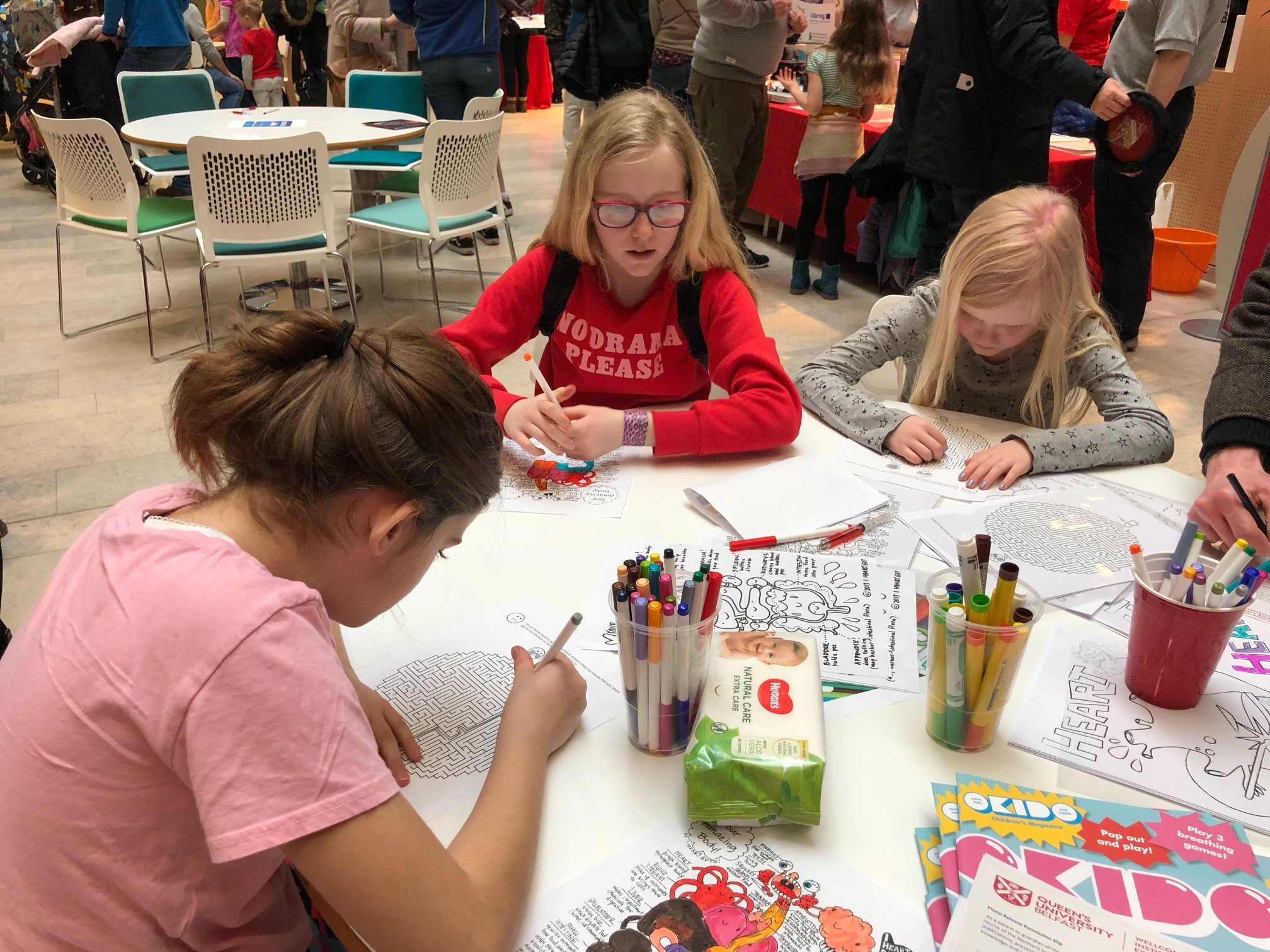 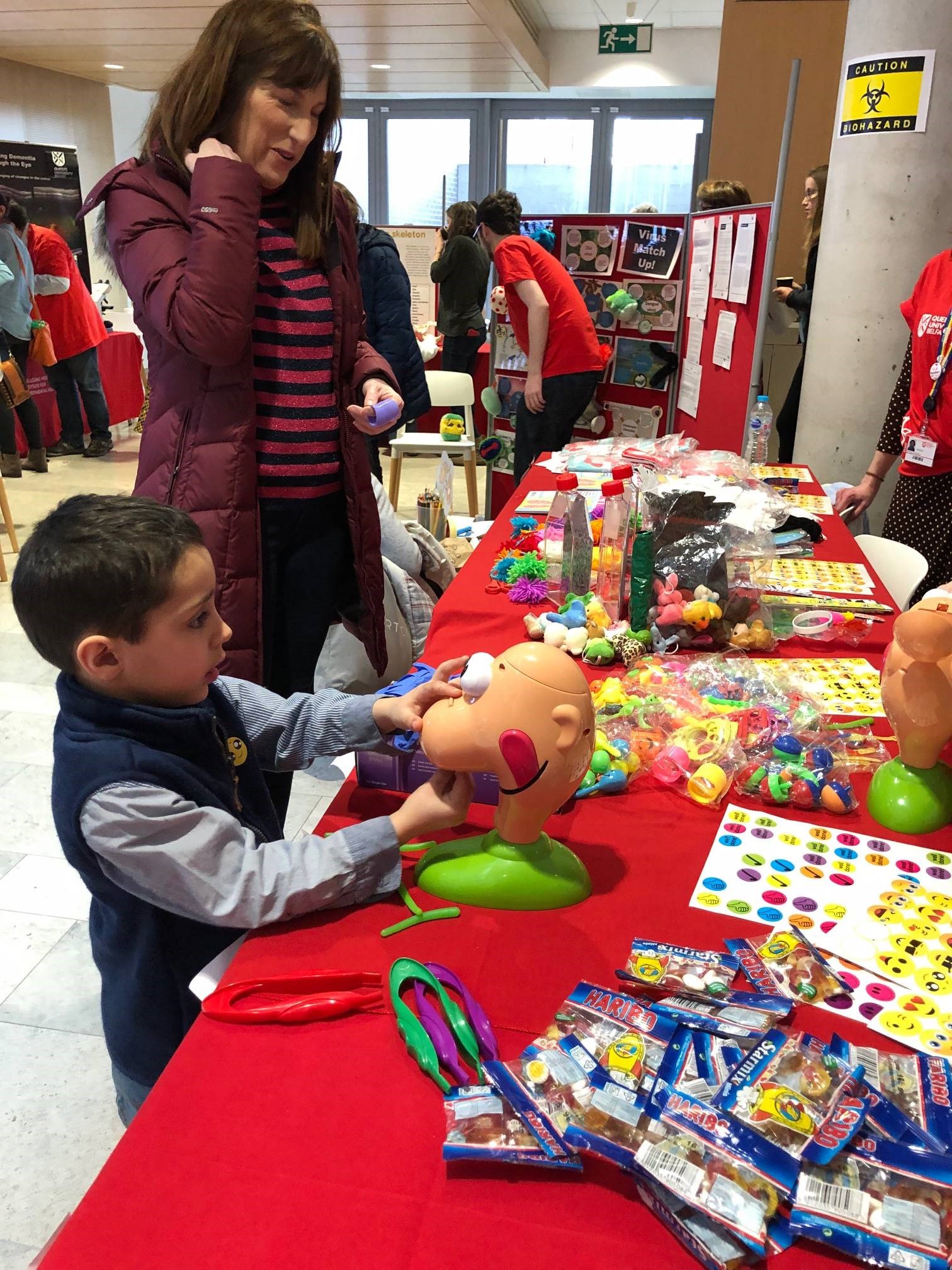 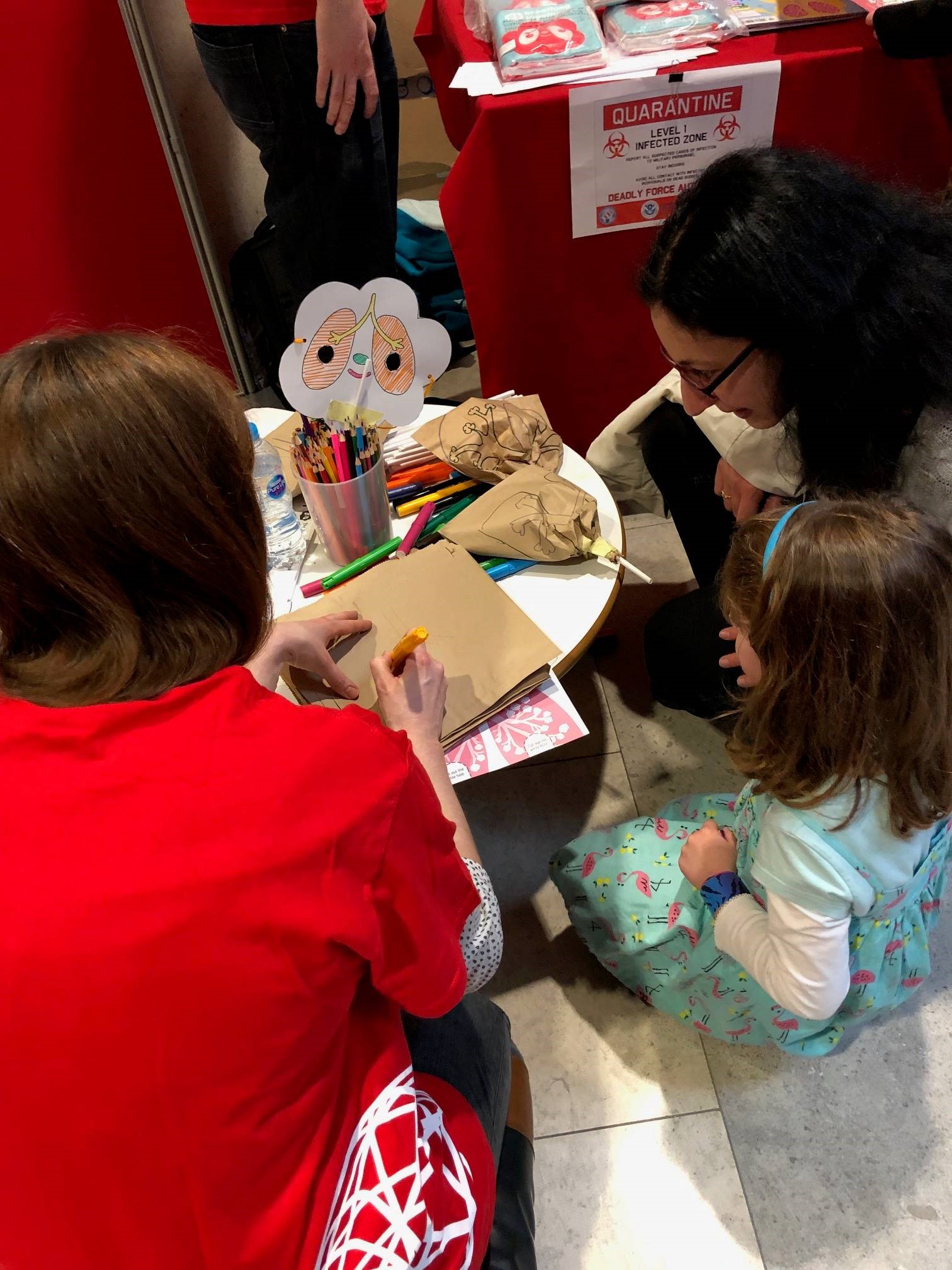 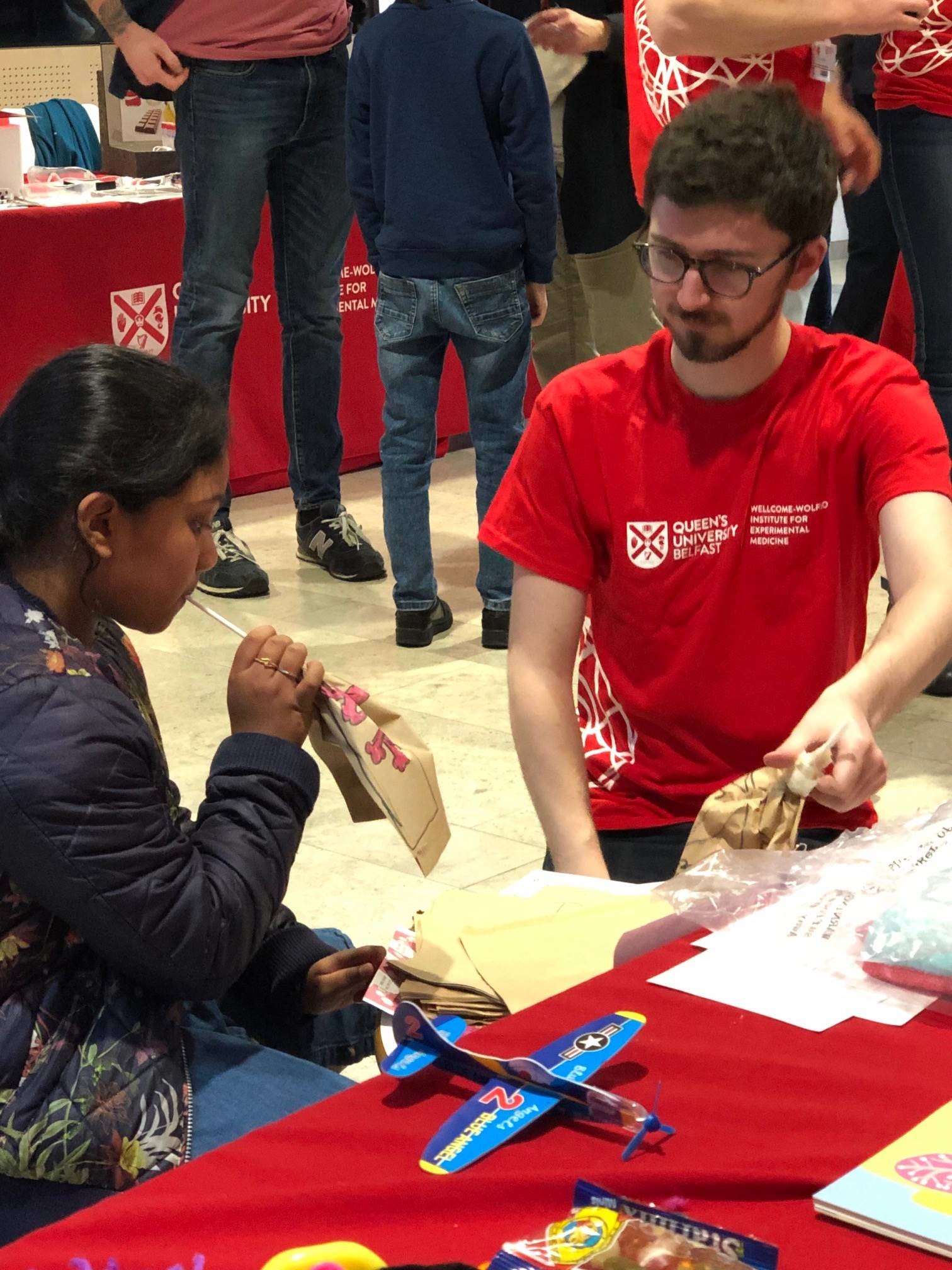 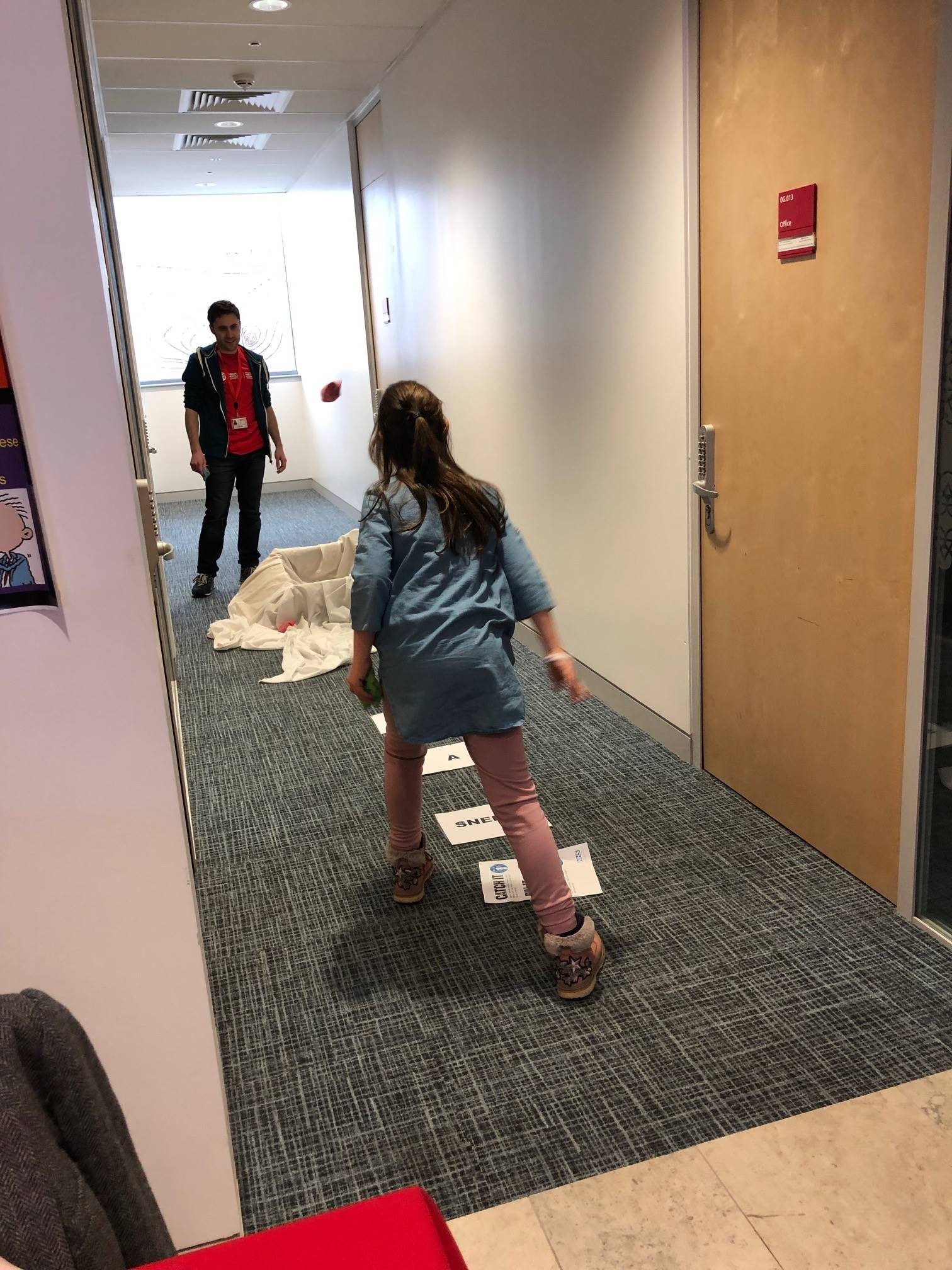 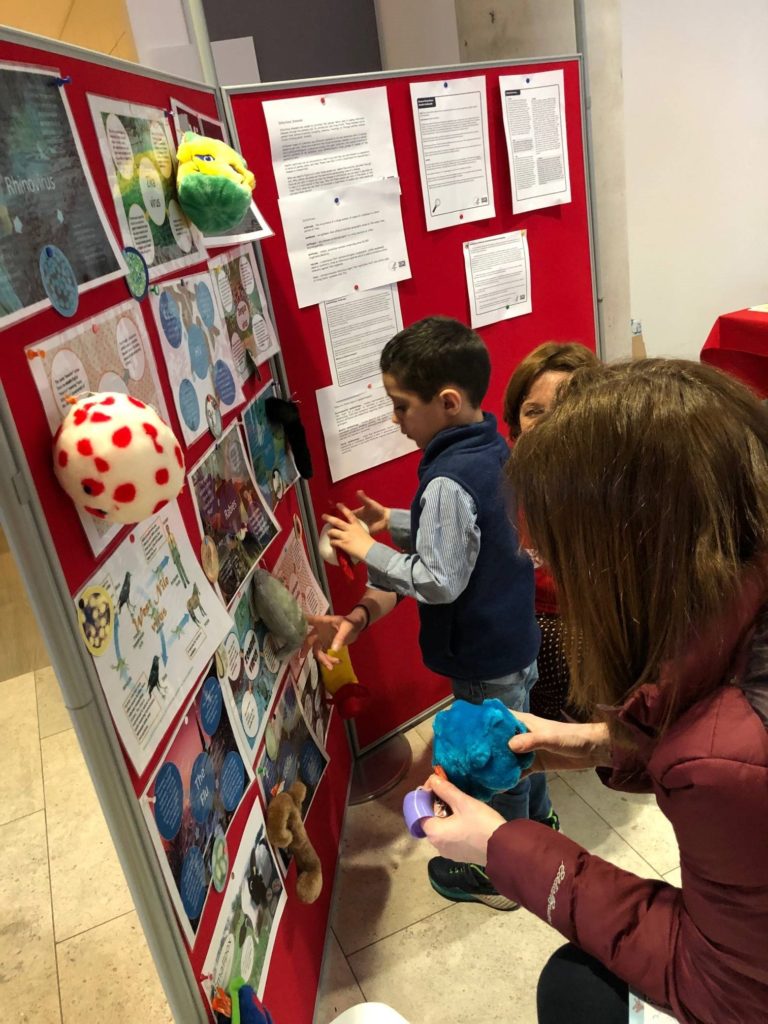